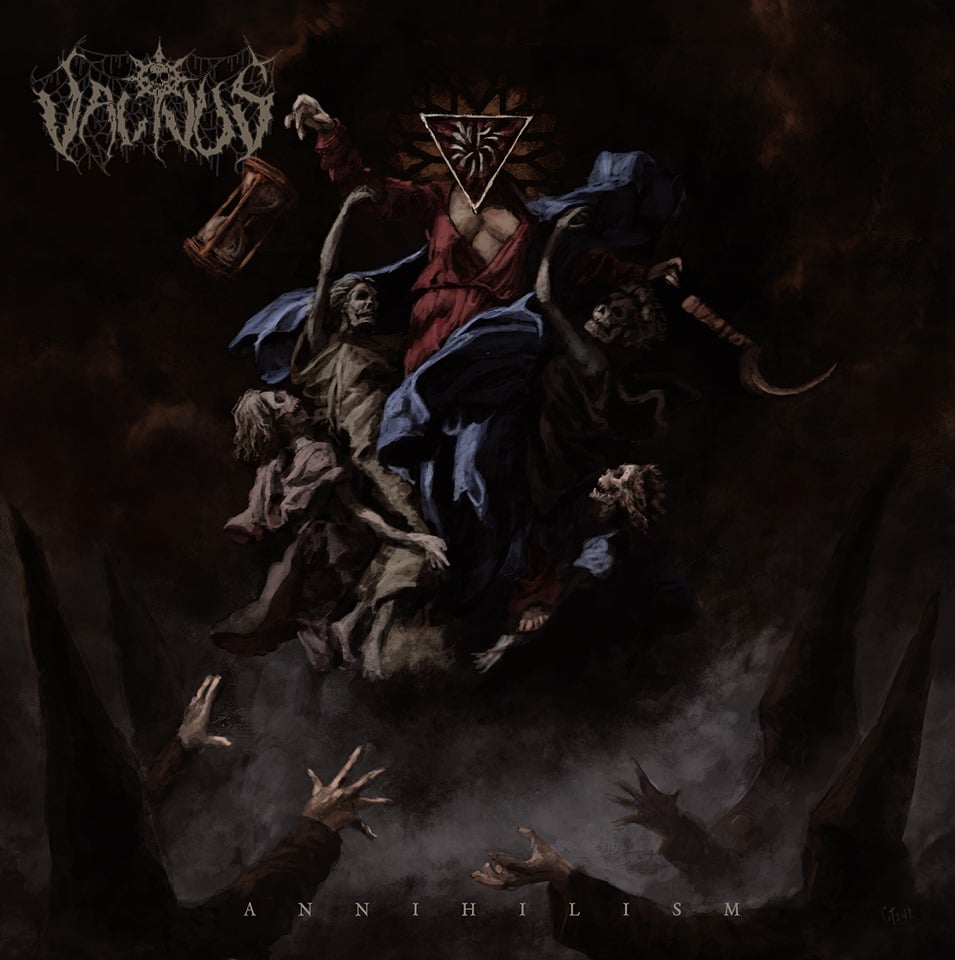 With their new album “Annihilism”, UK death metal unit VACIVUS will be poised to become one of the isle’s most prominent death metal bands. Impressions were made with their “Rite Of Ascension” demo EP, their “Nuclear Chaos” 7” and ultimately their “Temple Of The Abyss” debut LP from 2017 which saw the band make their stain within the UK death metal scene. “Annihilism” though will see VACIVUS will make their impact with more punishing and unrelenting force by offering a serpentine death metal treasure that threads the fibers of dark unyielding brutality, technical proficiency and refined death metal musicality of the highest plateau.

An ideal and seamless myriad of what a modern-day death metal offering should embroider, “Annihilism” takes the VACVIUS sonic paradigm to a level beyond anything they’ve previously done. With the masterful production courtesy of Greg Chandler (Esoteric) in his Priory Recording studios with final mastering via Dan Lowndes, “Annihilism” benefits from an exemplary death metal sound which holds an archetypal aesthetic on what makes “Annihilism” such a dense and complex, yet escalating and suffocating work of true death metal artistry.